Multimillionaire predator Jeffrey Epstein died in suspicious circumstances at a Manhattan correctional facility on August 10. The wealthy and powerful New York financier, a convicted sex offender, stands accused by dozens of women and girls of trafficking, rape and sexual abuse. He was an enormously influential and well-connected man who counted as friends billionaire business owners, Hollywood stars, British royals, and even top media figures like Katie Couric and Charlie Rose—with some of his associates falling under suspicion of condoning or even participating in a pedophile ring.

“I’ve known Jeff for 15 years. Terrific guy,” said fellow tycoon Donald Trump (New York, 10/28/02), adding: “It is even said that he likes beautiful women as much as I do, and many of them are on the younger side.” Former President Bill Clinton was also close with Epstein.

Epstein’s crimes shocked the public, and his arrest, trial and mysterious death were major stories for much of 2019. But last month, leaked footage emerged showing that corporate media knew much about these crimes years previously. Discussing one of his accusers, ABC News anchor Amy Robach was caught on camera lambasting executives at her network for killing her investigations into the sex offender because of Epstein’s connections. The clip was originally leaked to infamous right-wing troll James O’Keefe, who has a long history of producing bogus stories (FAIR.org, 4/1/10, 3/14/11, 12/12/15, 10/21/16), but ABC employees, including Robach herself, have confirmed its authenticity. In the video, Robach complains: 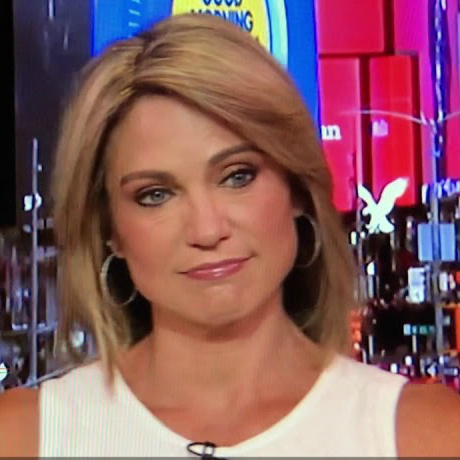 I’ve had the story for three years. I’ve had this interview with [Epstein complainant] Virginia Roberts. We would not put it on the air. First of all I was told, “Who is Jeffrey Epstein? No one knows who that is. This is a stupid story.” Then the palace found out that we had her whole allegations about Prince Andrew, and threatened us in a million different ways. We were so afraid we wouldn’t be able to interview Kate and Will that it also quashed the story. And then Alan Dershowitz was also implicated in it because of the planes.

“The planes” is a reference to the celebrity attorney’s frequent trips on Epstein’s infamous private jet, which he used for trafficking. A visibly exasperated Robach continued, revealing the level of detail of her investigation:

Robach’s comments about being pressured into killing the story by powerful people ABC relied upon are a perfect example of the perils of access journalism. In their influential book Manufacturing Consent: The Political Economy of the Mass Media, Edward Herman and Noam Chomsky identified “sourcing” and “flak” as two of the five key filters that dictate what makes the news and what does not.

By sourcing, Herman and Chomsky are referring to corporate media’s reliance on powerful official sources (like politicians, celebrities and corporations) to essentially subsidize them by providing them with free content, such as interviews, soundbites, statistics and pictures. Journalists are therefore caught up in a symbiotic relationship with the powerful, where elite sources grant “scoops” in exchange for preferential treatment. The royal family, Robach claims, successfully used the influence it had, quashing the story by threatening to cut off access.

It is also particularly easy for the powerful to generate flak—negative responses to media content. Flak can take the form of boycotts, angry phone calls, lawsuits, smear campaigns and more. One particularly alarming form of “flak” was the 2018 US mail bombing attempt, where a Trump supporter sent a bomb to CNN headquarters in response to its negative coverage of the president.

Robach brought up Dershowitz, a famously litigious lawyer, as a reason for her silencing. But ABC could reasonably expect great resistance from many of those connected to Epstein, one more example of how stories scrutinizing the powerful are discouraged in the modern media landscape.

ABC News would later claim that they never nixed the story, stating that at the time of Robach’s comments,

not all of our reporting met our standards to air, but we have never stopped investigating the story.  Ever since we’ve had a team on this investigation and substantial resources dedicated to it. That work has led to a two-hour documentary and six-part podcast that will air in the new year. 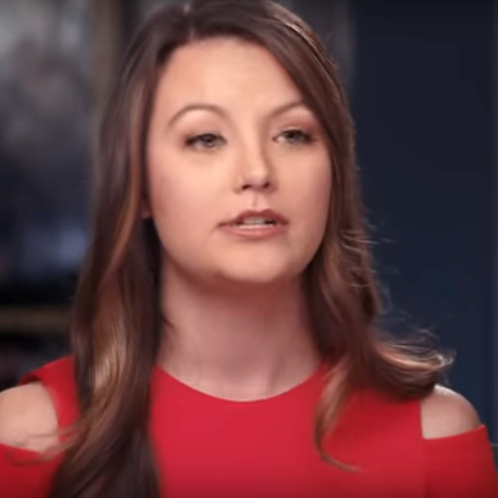 After the video went viral, CBS News fired its producer Ashley Bianco after ABC contacted them, asserting (possibly incorrectly) that she had leaked the tape during her time working on Robach’s show. Top executives at ABC are reportedly “freaking out” over the anonymous employee’s identity, spending far more energy and resources trying to find the leaker than in investigating why it enabled a serial sexual predator to continue offending.

Perhaps even more worryingly, corporate media rivals have largely not touched the story. Neither Robach’s revelation nor Bianco’s termination have been reported on by MSNBC, CNN, CBS or the New York Times, nearly a month after the video first leaked. Thus the story of a major media outlet covering up the crimes of a monster, with the only person to face any sanction being the alleged whistleblower,  whom two outlets combined to punish, appears not to qualify as a newsworthy event to much of the press.

Indeed, Epstein’s team managed to convince many supposedly reputable outlets, including the Huffington Post (11/17/17), Forbes (10/2/13) and the National Review (7/10/13) to publish puff pieces about him (New York Times, 7/21/19). (Epstein pled guilty to charges connected to sexual abuse of minors in 2008.) Forbes  described him as “one of the largest backers of cutting-edge science around the world,” making no mention of his criminal past. The stated writer was paid $600 by a PR firm to attach his name to the pre-fab article and run it on the site, perhaps the most blatantly unethical sponsorship practice there could be.

ABC’s decision to spike the Epstein exposé in order not to embarrass or implicate his powerful associates, thereby effectively enabling his crimes, is a perfect example of the danger of access journalism. Robach predicted, “There will come a day where we will realize Jeffrey Epstein was the most prolific pedophile this country has ever known.” Thanks to our corporate media system, that day was delayed by at least three years.