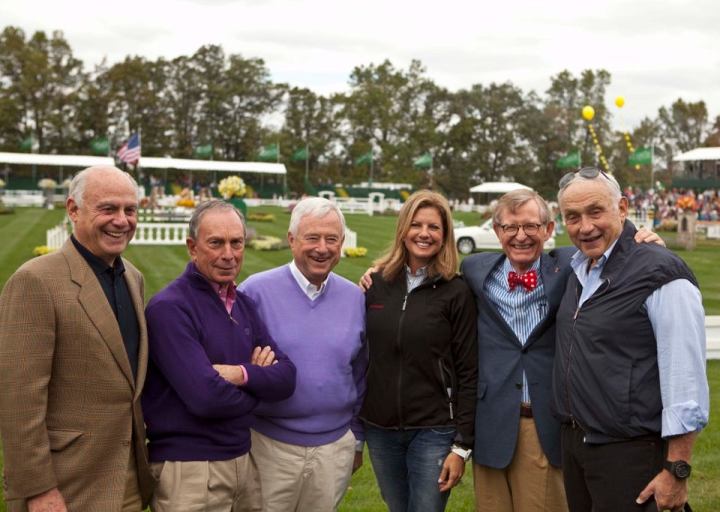 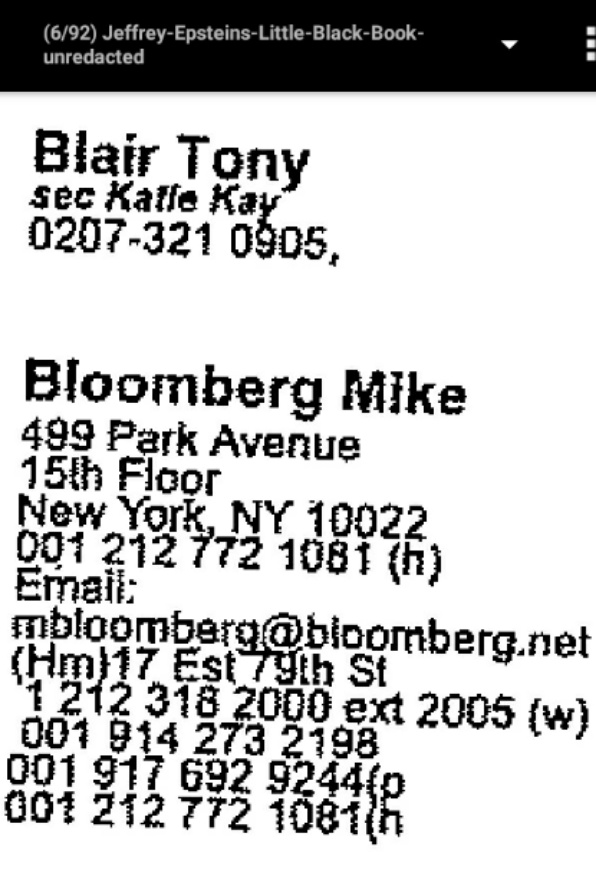 In a 1998, 272-page deposition never before made public, Michael Bloomberg said he would believe a rape charge only if it was supported by “an unimpeachable third-party” witness, and accused an ex-employee who said she’d been raped by a Bloomberg executive of “extortion.” Asked if he believed “false claims of rape are common,” the GOP mayoral contender and CEO of a vast financial-information empire replied: “I don’t have an opinion.”

Bloomberg’s comments are drawn from one of three sexual harassment lawsuits that have dogged him since 1996, all of which contended that “a hostile environment of persistent sexual harassment and the general degradation of women” existed at the 8000-employee company of the same name that Bloomberg founded and ran. In addition to his uninformed testimony about rape, Bloomberg also displayed a chilly indifference to sexual harassment laws and guidelines during the deposition. Bloomberg declined to discuss these issues with the Voice, though a company spokeswoman insisted it has “zero tolerance” for harassment or rape. While the rape case of sales representative Mary Ann Olszewski has been mentioned in occasional news accounts, it has not attracted as much attention as a companion case filed by Sekiko Garrison, another member of the predominantly female, and usually young, attractive, and short-skirted sales force.

The Garrison case focused on a claimed pattern of gender discrimination, with several women quoted in court documents as saying that they’d “lost lucrative portions of their sales territory, were denied business opportunities and received inferior bonuses” once they got married or had children. Garrison alleged that Bloomberg told her twice to “kill it” when she informed him she was pregnant, adding “Great! Number 16,” a reference to the number of women then on maternity leave.

Bloomberg denied saying it during the lawsuit, but in a voice-mail message he left her immediately afterwards, he said he’d heard he’d upset her, adding both that he’d “certainly never said anything” and that he “never meant anything.” He also said—in a message that was not reported in prior news stories—that he didn’t know until another executive told him that “we have six people pregnant.”

The company settled the Garrison case, without admitting wrongdoing, for what the Voice has learned was “a very high six-figure” amount, making it appear more credible than Olszewski’s, which was dismissed by a federal judge in 1999. But a closer examination of the Olszewski record reveals that the dismissal had nothing to do with the merits of the case—her lawyer had ignored repeated deadlines to submit a response to a motion to end the case. Indeed, a new lawyer revived the case in 2000, allowing it to mysteriously disappear from the court docket just as Bloomberg’s mayoral candidacy emerged earlier this year.

While Olszewski, then 28, claimed she was forced out of her job shortly after making the rape charge in a May 25, 1995, meeting, the accused rapist, Bryan Lewis, who was Olszewski’s immediate supervisor, remained in a top position throughout the litigation. Court records also indicate that the company conducted a wide-ranging investigation of Olszewski, attempting to get coworkers to portray her as “flirtatious” or a “sex hound.” On the other hand, attorneys for Lewis and the company successfully thwarted repeated attempts by Olszewski to determine if the company was paying Lewis’s personal legal bills, and the company declined the question now.

Though Bloomberg testified that he “became aware” of the allegation “instantly” after she told Louis Eccleston, the head of the company’s 500-member sales force, he said all he did about it was “ascertain that we had commenced the appropriate investigative process and were treating all parties appropriately.” The investigation eventually resulted in a 60-page report on Olszewski that company attorneys refused to turn over in the litigation. But one sales staffer questioned during the probe, Michael Medd, said in a phone conversation secretly taped by an Olszewski ally that he’d been asked three times to provide “reputation” information about her.

“I don’t think she was very provocative, and I keep telling them I’m not going to change my words,” said Medd, who complained at the time that the company was pressing him for the name of a client who could provide a “bad character portrayal” of Olszewski. Said Medd: “I don’t think she was a sleep-around person.” Bloomberg said in his deposition that he recalls “some discussion as to her relationships with clients, but I don’t remember the specific situation,” adding that his knowledge of this was “nothing other than to ensure that we were making the appropriate investigations.”

Bloomberg took the position that Olszewski’s refusal to cooperate with the internal probe—combined with the fact that she didn’t raise the issue until two years after the alleged incident—made him “skeptical” of her allegation. He never spoke to either Olszewski or Lewis about the charge—though he testified he “knew” Lewis and “could vaguely picture” the tall, statuesque Olszewski—and admitted he neither read anything about rape nor consulted rape experts when the charge surfaced. The company first published a handbook with a section about sexual harassment procedures in 1996, after both the Olszewski and Garrison charges surfaced.

In his deposition, Bloomberg conceded that the most the company offered to do was to transfer Olszewski out of Lewis’s unit, meaning she would still be working on the same wide-open sales floor, without any offices or partitions, as Lewis, who was regarded as a powerful figure within the department. Asked why the company didn’t offer to move Lewis, Bloomberg said: “He seemed content with where he was.” Lewis was not Olszewski’s supervisor at the time of the alleged rape in 1993, but became her boss shortly afterwards, a sequence that assumed great importance in Bloomberg’s deposition. Though Lewis was a senior executive within Olszewski’s department, Bloomberg said it was only a violation of company policy if supervisors had sex with subordinates who “reported” to them.

Within a month of making the rape charge in 1995 Olszewski’s attorney provided Bloomberg with the results of a lie detector test confirming her belief that Lewis had raped her. On the other hand, Lewis did not even take a polygraph during the company’s supposed yearlong investigation. Instead he took—and passed—the test four days after he and the company were served with Olszewski’s suit, contending that their hotel sexual encounter was so consensual she “guided” his “penis into her vagina.”

In her own subsequent deposition, Olszewski said she and Lewis had been drinking, first in a larger group of coworkers and then alone and that she’d gone with him to his hotel room. She said he disrobed, surprised her from behind, pushed her pants down, and “all of a sudden” penetrated her. “He never touched my lips, never, ever,” Olszewski testified. “All I can remember is, I kept trying to push this thing off me. He was so heavy. It was so frightening. It was weird. It was so alien. I remember my legs were all over going like this, my hips. I couldn’t get him out of me.” Lewis claimed she took her clothes off, told him what time to set the alarm for, and freely joined him.

Olszewski decided not to report the incident—claiming she “didn’t want to acknowledge that something like this happened”—and tried to avoid social contact with Lewis, who, she said, pressured her repeatedly to go out for drinks. He also kept telling her she had “to prove” herself to him, which Olszewski took to mean that she should have sex with him, if she wanted to get more accounts and higher bonuses within the unit. She says she finally confronted Lewis when he cut her accounts during a reorganization and he allegedly said: “Well. You never proved to me that I should give you the accounts.”

“What do you mean ‘prove’ to you?” Olszewski asked. “This is personal.” Lewis testified that she then threatened to “show” him “just how personal I can make this.” A day or two later, she, Lewis, and Eccleston had the 1995 meeting, and a frustrated Olszewski soon stopped coming to work, leading to her termination.

The Olszewski and Garrison cases combine to depict a sales floor where, as two men who formerly worked there, Jim Feingold and Rowland Hunt, put it in court documents, women “wore very short skirts, racy, unbusinesslike.” Sexual comments and body-shot drinking games at company parties were reportedly commonplace, as were incidents like the office display of a brochure for sex toys, a female blow-up sex doll, and rubber breasts that squirted liquid from the nipples.

When Olszewski’s attorney failed to file response papers and the suit was dismissed in March 1999, she dropped her lawyer and represented herself on appeal against Bloomberg’s white-shoe law firm, Wilkie, Farr & Gallagher, losing again that December. But in 2000, another attorney, David Mair, began pressing a motion to vacate the default judgment against her on the basis of her prior lawyer’s alleged “mental illness.” Bloomberg attorneys resisted, arguing that Olszewski’s lawyer had handled other cases in the same time frame “aggressively” and competently, leading U.S. District Court Judge Robert Patterson to quash Olszewski’s subpoena for her prior lawyer’s medical and disciplinary records.

But Patterson—the same judge who’d dismissed the case in 1999—was clearly conflicted, saying at an October 2000 hearing that his concern was that “there be justice here and not be some technicality standing in the way of justice,” and speaking sorrowfully about “any possible injustice to the plaintiff.” He also spoke of a possible settlement with Bloomberg, saying he was “sure that the parties have discussed settlement from time to time,” but that he didn’t “have any insight as to why, at this stage, there would be any hope of a settlement.”

Accusing Olszewski’s prior attorney of “raping this defense by not responding in a timely manner,” he issued a ruling on December 12 safeguarding the lawyer’s “privacy rights” but giving Olszewski 28 days to file the vacate papers he all but solicited. Had Olszewski submitted a motion to overturn the default ruling and Patterson granted it, the case would have been very much alive during Bloomberg’s mayoral campaign. Patterson even extended the deadline but Olszewski never filed the motion, and the judge closed the case on February 20, 2001.

Within six days of the closing of the case, Olszewski, who was described by her attorney as unable to pay $14,769 in court disbursement costs, moved into a luxury condo at 300 South Pointe Drive in Miami Beach and set up an investment firm there. Bob Lennon, the broker for Portofino Towers, says Olszewski has expressed an interest in buying the two-bedroom, 2042-square-foot apartment, which rents for $5000 a month and would sell, he says, for about $840,000. On February 28 she closed the office of a Manhattan hedge fund firm she ran, changing the name to Madison Financial Management LLC and operating it out of her apartment in Florida, where she has five unlisted phone lines.

Though she once sought out reporters to discuss the case (four are named in the court papers), she hung up on the Voice twice last week when asked about Bloomberg, barring any questions and insisting that the Voice not call again. Her attorney, David Mair, did not return calls and, when visited at his Wall Street office, threatened to have a reporter removed by security, yelling, “I’m not answering anything” and “If I wanted to speak about it, I would’ve returned your call.” A Bloomberg spokeswoman said the company made no payments of any sort to Olszewski or Mair.